Dcomply / Blog / Can Divorce Be A Good Thing

Can Divorce Be A Good Thing 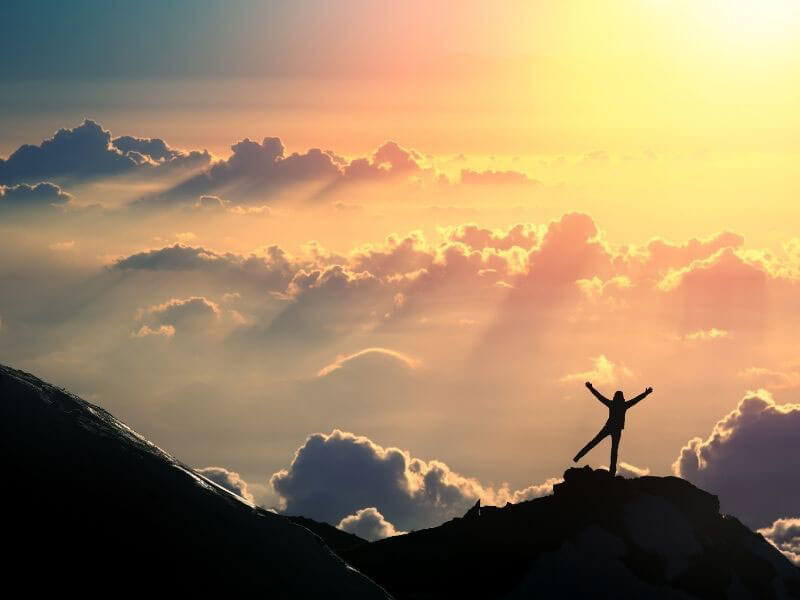 Can Divorce Be A Good Thing?

Are you wondering, can divorce be a good thing? You are not the only person asking this very serious question.

Divorce is certainly one of the most stressful times in most people’s lives who go through the process. This doesn’t mean the stress of divorce may be less than what was experienced during the marriage. Issues such as paying child support, managing emotions, and co-parenting will become even more important during separation.

However, those families who are in toxic relationships and those who are in a bad marriage for other reasons will tell you divorce can be a good thing. The truth is that when marriage leads to high levels of stress and unhappiness, divorce as a solution definitely makes sense.

Let’s explore the different reasons people give for deciding divorce is a good thing.

Reasons Divorce Can Have a Positive Outcome

The number one reason a divorce can be a good thing is when a family is suffering mental and physical abuse from an abuser within. If the abuser will not seek counseling and change their ways, there is no reason for the rest of the family to continue to take on mistreatment. In this aspect, divorce is a good remedy to prevent further pain that can sometimes even result in the death of a family member.

You Were Not Meant For One Another

Whether you were married too young or married on a whim after a much too fast courtship, you could simply find you are wrong for each other in marriage. People find themselves a few months or years after the, “I do”, to be in a relationship that just doesn’t feel right. What they thought was love, in the beginning, turns out to be something else, one of the parties will eventually recognize the marriage is over. Instead of staying with someone they do not love, these couples should seek a divorce and move on with happiness in their lives.

This is also true of those who were really in love at one time, but after years of marriage have grown apart. Everyone has their independence streaks during a marriage, but when each partner grows so far apart that they have nothing in common, it can be a good time for a divorce.

PRO TIP: Read these divorce mistakes to avoid before you make any major decisions. We know that they will offer insight into your situation.

One Partner Refuses to Get Help With an Addiction

A partner can love you forever, but that doesn’t mean they need to stay with you in a marriage with a painful addiction. Whether it is gambling, drinking, or drug addiction, the type does not really matter. If the addiction is destructive to the family something must change.

There are those who seek help as a family and make it through a partner’s addiction, but there are also many who do not. For the ones who do not seek help, there is no benefit for the others in the relationship. Divorce is often necessary to remove the pain of addiction from affecting the whole family. Divorce not only can help the family as a whole but may relay to the addicted member that they must seek help to have positive outcomes in life

Your Destiny Turns Out Better

Marriages, for better or worse, require some type of compromise and sometimes sacrifice. For example, when two careers are at stake, one could take a back seat to the other. One good thing that could come out of a divorce is when one of the parties involved in a divorce can recover dreams that they had to put on hold during the marriage.

This recovered dream may be a new lease on a dream job, or it could mean a need to travel can now take place that could not while married to someone else. Many people find themselves living their best life after divorce for this reason.

Another reason a divorce can be a good thing is when one of the partners of marriage is responsible for money and the other was not. After divorce, those who suffered from an irresponsible person’s choices, find themselves more comfortable with their money situation. They find they can finally pay bills on time, save for retirement, and have extra money when the other is no longer blowing their shared money.

For shared expenses during and after divorce, there is technology to keep the irresponsible one from affecting the post-marriage relationship. Companies like DComply have created co-parenting and expense sharing apps to keep everyone honest when agreed bills, child support, etc. need to be paid.

Even if we do not realize it at first, a divorce can actually have a positive impact on your health. Stresses that exist during a marriage can take the form of becoming physically and emotionally unhealthy. Many have found that once they are able to separate themselves from what they consider a bad marriage, they can focus on their overall health.

By not having to cook for a partner who eats unhealthy, or does not like physical activity, they can purchase the foods they need and have the time for an exercise program for themselves.

Is it better to stay in a relationship full of arguing where children are involved or better to divorce? This decision plagues many marriages as they seek to do what is best for shared children. In the end, many spouses find that they have much healthier relationships after a divorce, which therefore translates into happier kids. Divorce does not mean one of the parties involved stops having a relationship after divorce. Many times former spouses have to deal with making child support payments, dealing with shared expenses, and scheduling days and times to handle responsibilities associated with the children.

Divorce does mean that you or your ex can have a healthy relationship with everyone involved. Children do not do well with constant conflict in a relationship and draw themselves away emotionally in some cases. To have happier children, sometimes divorce can be the answer.

Divorce As a Good Thing

As we have seen, there are many times when a divorce will not only make us happier but can save our relationships and lives for that matter. And there’s a lot of help out there to utilize during this difficult time. Apps for divorced parents such as DComply make handling some of divorce’s more sensitive issues much easier. Using all that’s available is one of the ways you can learn to have a happier and healthier divorce.

No one goes into marriage thinking divorce is a good thing, however, there are times when it is necessary to have the life for you and your family that you need. Whatever the reason, just remember that there is life after divorce and one day you will realize it was a good thing for you.

DComply is a user-friendly co-parent app for divorced parents. With DComply you can manage co parenting easily and efficiently. If you’re looking for a tool to help manage your shared expenses, you need to try DComply!