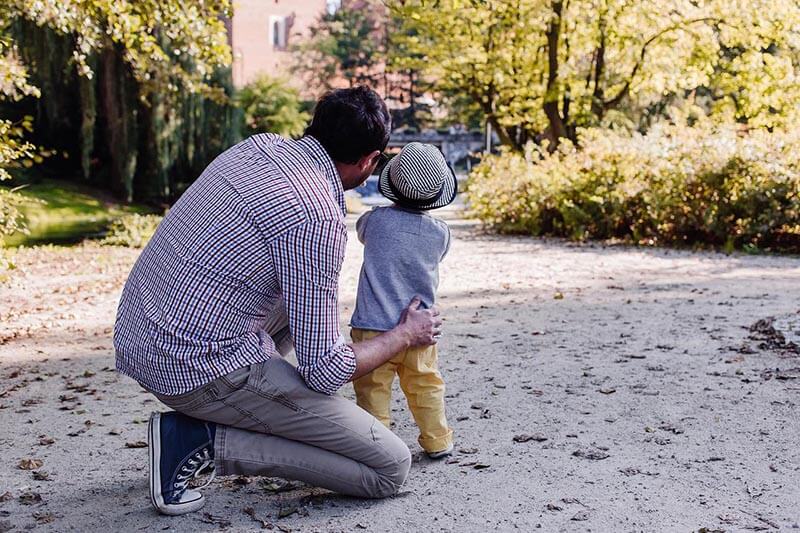 Less than a decade after actress Gwyneth Paltrow and Coldplay lead singer Chris Martin made “conscious uncoupling” the catchphrase of the year, there emerged a growing trend of co-parents aiming to do right by their children post-divorce. It’s called “nesting” or “bird nesting” after the way mother and father birds take turns in their nest tending their little ones.

With bird nesting, children do not leave their homes when it’s time for another parent to take custody of them. Rather, the parents switch places, living in the home, while the children (and all their belongings) remain un-shuttled.

Co-parents don’t spend a lot of time together in this setup but willingly take turns caring for a shared space.

You’d be surprised. Research on the success of bird nesting is ongoing, as this setup gains more attention. But, initial evidence points towards bird nesting as a sustainable arrangement that is also adjustable as life and circumstances change over time. Bird nesting can be a short or long-term solution for parents who can amicably coordinate with one another.

There may be several reasons why this unconventional plan is gaining ground now after decades of use by untold numbers of the “uncoupled.”

● First of all, millennial co-parents seem to be more aware and mindful of the consequence their divorce has on their children.

Bird nesting may be the gentler, child-centered alternative to ping-ponging children back and forth between two different residences. Whether the change stems from past experiences as children of divorce or a cultural shift towards emotional awareness remains to be studied. Either way, more and more divorced couples are coming up with unique ways to lessen the emotional brunt of divorce for their children.

● Secondly, with the public conscious uncoupling of the famous, like Paltrow and Martin, gentler divorce strategies are trendy, as witnessed in mainstream media and tech advances alike.

Take smartphone apps, for example. From a co-parenting expense tracker and child support paying app like Dcomply to a schedule tracker like CustodyXChange, even technology is setting up the uncoupled for softer, more harmonious co-parenting success. Are celebrities and technology reflecting the changing times, or were they the driving force behind it?

There are plenty of advantages to bird nesting as opposed to maintaining two separate residences for co-parents. The first, and arguably most important, is a child’s mental well-being. The emotional impact of allowing a child (experiencing stress from their parent’s divorce) to retain the familiarity and stability of their childhood home are huge and could lead to their quicker, healthier, emotional healing. Your children no longer have to leave a home where they have their favorite belongings, comfort items, or neighborhood buddies to go to an unfamiliar place.

Secondly, think of all the essentials a child needs in a day: toiletries, school supplies, electronics, food, medicine, sports uniforms, and musical instruments. The list could go on and on, especially for young babies and toddlers (baby food, formula, breast milk, bottles, diapers, wipes, etc.). Doesn’t it sound like a dream to not have to pack, unpack, and repack all of their belongings when it’s time to switch custody? There’s also no need to buy duplicates for different households and no meltdowns over a favorite ‘this’ or essential ‘that’ left behind at the “other parent’s” home.

Also, nesting could be a legally easier route than selling a house, buying or renting another dwelling, splitting the proceeds, and paying taxes. The time and legal fees saved by keeping the current home could be worth it, not to mention the skyrocketing prices of houses these days. Yeah, you might get a pretty penny for your property, but you could spend as much or more trying to find somewhere else to live.

Need some tips on getting started with a bird nesting setup? Of course, every situation is unique, but here are a few ideas based on what others have done.

➢ Co-parents lease a second apartment together and take turns staying there during their “off duty” time.

➢ A parent or co-parents can rent a bedroom within the same house, such as a basement or guest house, and agree to stay “off duty” during the other parent’s custody time.

➢ A co-parent who travels for work will have their custody time in the home when not traveling.

➢ Parents find separate living arrangements suitable for them (renting an apartment or a room, staying with friends or family, etc.).

Any one of the above ideas, or a hybrid of more than one, might work for you. Plus, what works for you at the beginning of a divorce might change with time. Staying with family now could turn into a tag-team apartment situation in the future. That’s one of the beauties of bird nesting–it’s flexible.

Is Bird Nesting Right For You?

No divorce arrangement comes without some impact on a child. Some children reported confusion surrounding their parents’ separation or a false belief that they would get back together during a nesting arrangement. Some child psychologists suggest that bird nesting could be going overboard with shielding children from reality, eventually hurting their mental well-being.

While experts may disagree on the benefits of nesting, there is agreement on this: Remaining cordial in front of your children is best for them. Agreeing, or even agreeing to disagree, will improve a child’s adjustment after separation. Special divorce apps for parents can help you and your co-parent politely share everything from messages and money requests to schedules and medical information, so utilize them to your advantage.